Wood, Gold, and Animal Bone: A Brief History Of Dentures

Dentures. A brilliant concept, but certainly not a new one.

It’s wild to think exactly how far we’ve come in the world of denture technology. Today, dentures are meticulously crafted in dental-grade acrylic, resin, and nylon to ensure they not only fit perfectly in each individual's mouth, but that they also look realistic. In most cases, you’d be hard pressed to tell the difference between a set of modern dentures, and a person’s actual teeth, but that wasn’t always the case.

Dentures actually have a wonderful and weird history, dating all the way back some 4,000 years ago! The technological advancements in the world of dentures cover a lot of ground, from the archaic use of animal teeth, all the way to a famous surviving set from the mouth of George Washington.

Let’s take a look at the timeline of denture advancements through the ages:

A combination of animal teeth and carved bone were the crowning jewels in the earliest recorded denture work. Archaic denture implants have been found in Egyptian tombs made from gold and bone.

Notably, a denture piece made from what is believed to be wolf fangs was found in Mexico dating back to around 2500 BC. The piece was found in the mouth of a skeleton discovered in volcanic ash, beneath a cliff painted with ancient rock art, in a remote mountain region of western Mexico. The skeleton, belonging to a man, appeared to have had his own teeth cut down, and replaced by the denture. Historians believe this to indicate some type of ceremonial burial, or perhaps, a ritual signifying a certain high status in the early culture. Unfortunately, it is also believed this man died of injuries related to the extreme tooth-shaving.

In ancient Italy circa 700 BC, the industrious Etruscans would fashion a denture piece from a thin wire-like gold plate to hold in loose and missing teeth -– the source of which could be either human or animal. Ox teeth were popular for their flat functional shape. This treatment was only available to the very wealthy, and the denture piece would be fitted by a physician -– dental specialists didn’t exist back then!

From the 16th all the way to the 20th century, wooden dentures were a popular choice in Japan, a country known for its detailed craftsmanship. The wood was hand-carved from a beeswax mould taken from the patient's teeth -– a process that is remarkably similar to the way we make dentures to this day. The oldest wooden denture has been discovered to have belonged to a Japanese nun by the name of Hotokehime, at a temple in Wakayama City. The earliest recorded denturists came into existence during the Edo period between the 1600s and mid 1800s.

Another early wooden denture is recorded to be made for swordplay coach Yagyu Munefuyu of the Tokugawa Shogun. Evidently, around this time, sculptors of wooden Buddhist statues and other wood carving artisans switched jobs and became denturists, as it was becoming a more lucrative and sought after trade.

Ivory was an incredibly common material utilized in early denture work, likely because of how many teeth could be whittled down from a single tusk. The downside of ivory is how easily it tarnishes. As ivory absorbs moisture (something our mouths are abundant in) it develops a “patina” or a deep yellow tone on its surface, likely making for some pretty spooky-looking chops back in the day. Ivory was utilized as a denture material straight up through the 1800s, with some sets being carved fully from a single ivory piece -– gums and all.

The first porcelain dentures were created in 1774 by Alexis Duchâteau. Though porcelain was originally sourced from China, the uptick of manufacturing in Europe in the 17th and 18th centuries made it an obvious choice for dentures, even though the delicate ceramic was prone to chipping, making them difficult to wear. It was also said the porcelain teeth looked quite unrealistic for the time period (though teeth whitening has actually existed for centuries, it was not common in Europe or the Americas at this time) and were often the subject of jokes and satire.

However, a huge advancement was made in 1820 when jeweler and goldsmith, Claudius Ash, created a more functional porcelain denture by mounting the material on gold plates for reinforcement. If a gold and ivory denture set sounds luxurious, it was. The gold would eventually be replaced with variations of hardened rubber and later on, early plastics like bakelite and celluloid.

Throughout the centuries, various examples of early dentures have been found to feature human teeth. While it’s possible some of these would contain the teeth of the person who wore them (tooth loss resulting from an accident, for instance), it’s a grim fact that many of these teeth were taken as war trophies, or purchased straight from the mouths of the poor. It’s been noted historically that impoverished people would sometimes sell their own teeth to the early denture industry for money. It has been documented that George Washington -- known to have worn dentures throughout much of his adult life, purchased a set of teeth pulled from the mouths of the people he kept as slaves. The human tooth trade has a sad history, and we’re fortunate to now rely on far more ethical practices as a standard to create realistic-looking dentures.

The antimicrobial and antibacterial properties of gold have made it a go-to material for dentures throughout the ages. We see it used in the earliest dentures, and dating up throughout the twentieth century. In fact, gold is still a popular option in the dental field, but today it’s use is mainly aesthetic. Gold crowns and caps feature in the mouths of celebrities and trendsetters alike, and yes– dentures that showcase gold teeth are absolutely a thing.

Today, dentures are more realistic, functional, and comfortable than ever before thanks to the use of acrylic -– an ultra strong and lightweight glass-like material that can be molded, carved, and tinted to mimic your ideal smile. We can cite early denture pioneers such as Claudius Ash, and innovations including the first dental-safe acrylic neo-hecolite, for the development of technology that has brought us the comfortable and functional denture options we now use widely. 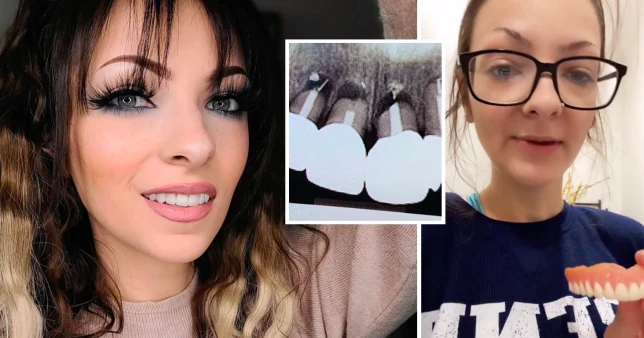 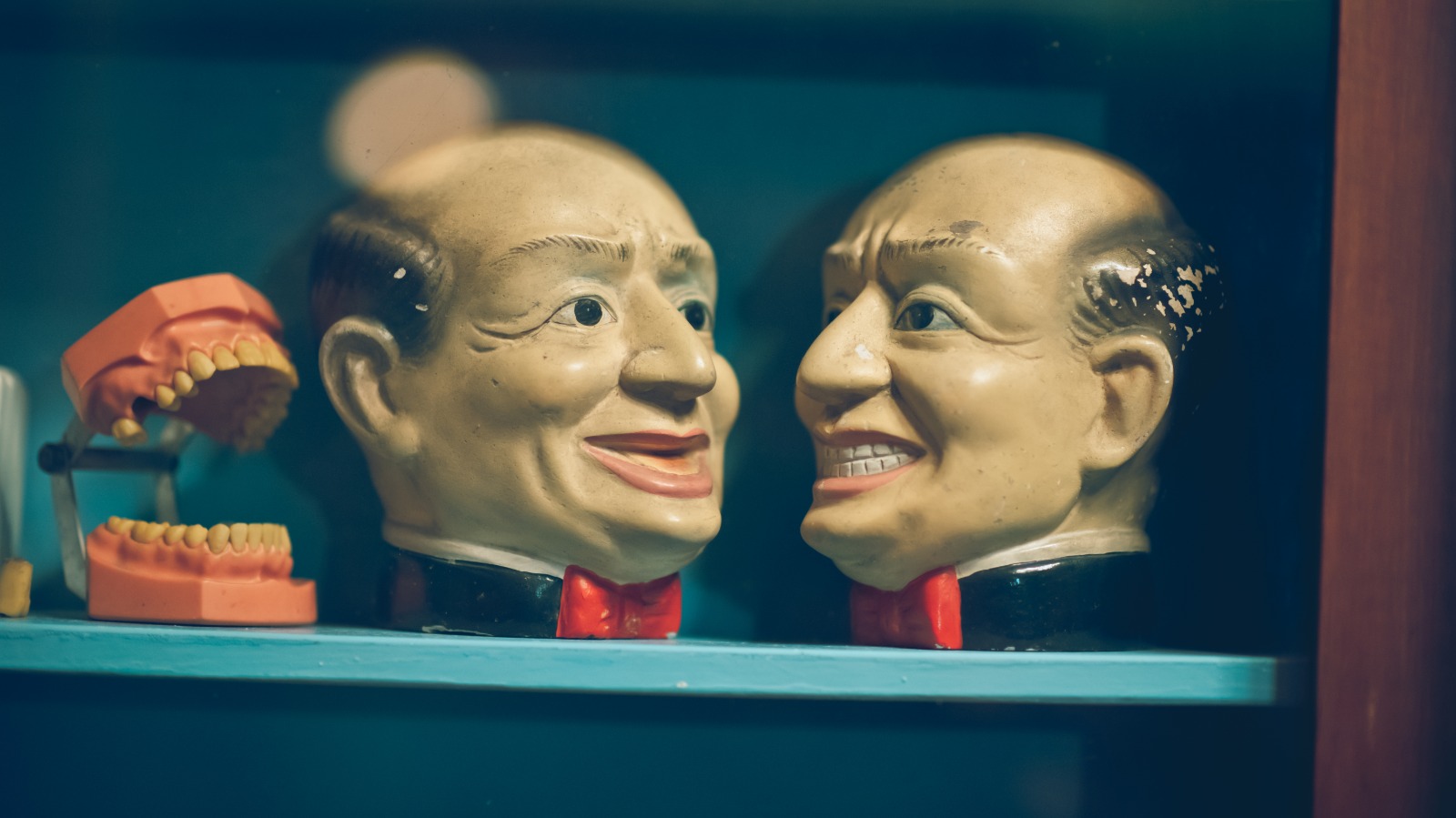 Wood, Gold, and Animal Bone: A Brief History Of Dentures

The Denture Diet: 6 foods to avoid, and 6 to enjoy instead